Really…You Too…If I Had A Nickel For Every Time…

He said it. I was hoping he wouldn’t go there, but he did. Even though I have learned to expect this whenever discussing training and development, it still surprises me when incredibly intelligent and seemingly successful men and women go there. I noticed myself looking up towards the ceiling but caught myself, thankfully, before rolling my eyes.

I was working with the CEO at a startup discussing managing organizational change, employee engagement, and inspiring others.  When we began talking about strategies to create improved communication and productivity, the CEO stated: “Frank, you know there’s a reason I’m the CEO, there’s a reason I have an executive team that works for me, and there’s a reason my executive team has direct reports. People don’t change. They are who they are when we hire them…”

In my 20+ years as a strategic advisor and executive coach, I’m in charge of finding my clients’ “on” button that generates lasting change.  Whether it be a highly motivated CEO desiring a sounding board, an up and coming Director, a difficult person or a high conflict team, organizations (rightly so) want to see growth and results.

One of the first areas I dig into is belief systems around change. A common belief I run into with clients is “people can’t change.”  A logical consequence of individuals who carry this belief is a low initiative to improve or even absence of a desire to try something new and different altogether. Variations of this example would include “I won’t get promoted because I don’t like giving feedback to my direct reports” or “That is just the way I am.” Think about the consequences. To prove themselves right, and be successful, they probably can’t or will not change. And this mental resistance can occur in spite of the clear understanding by the same individual that life, in general, is a growth process.

If we survey a team, for example, a standard question is “do you believe you (or your team) has the capacity for change.” In the survey, the answer is most often “yes.” However, once we start assessing what is changing on a regular basis, or what the latest tool or strategy upgrade is, resistance rears its ugly head, and the reality is that the actions people are willing to take often don’t match the idealistic answers they give when previously surveyed.

So what does mental resistance look like in real life?

Many activities elicit mental resistance. But people often don’t recognize it because it comes in many shapes and sizes. Resistance is often disguised as fear, self-doubt, procrastination, isolation, distraction, or over thinking.

The Neuroscience of Resistance and Change

Despite knowing the consequences, even people in life-threatening situations resist change.

(A 2007 article by Alan Deutschman in Fast Company Magazine quoted Dr. Edward Miller, the dean of the medical school and CEO of the Hospital and Johns Hopkins University. He stated that the 600,000 people a year who have bypasses, ninety percent revert to unhealthy lifestyles)

Most of what we do during the day is on automatic pilot. We wake-up, take a shower, get dressed, brush our teeth, drive our car to work, attend meetings, etc. We’ve shaped these behaviors by repetition.

What if there’s a change in one of these habits? What if you want to or end up having to re-align one of these behaviors due to situational circumstances?

To better answer this question, how about a practical example. Here in Silicon Valley where I live and work, traffic has become a nightmare. High-tech companies’ solution to this has been to charter buses for their employees. A client of mine had driven to work for the past five years. Our conversations would not be complete unless we mentioned traffic issues.

While switching to the bus sounded great it theory, and the idea of free Wi-Fi, less wear and tear on the car, saving money, less environmental impact, etc., the reality of mental resistance caused a very different internal dialogue. Dependence on someone else getting her to work, needing to be prompt to the bus stop and having to be more structured and organized created stress. Not to mention having little flexibility at lunch to do errands or leave the campus.

The night before her first bus adventure, she felt anxious. “What if I want another cup of coffee, want to sleep in a little more or want to finish watching something on the news. What if the bus is late?

Mental resistance was creeping in. After all, the client still needed to be to work at a given time, could grab an extra cup of coffee along the way and watch the news while riding on the bus. These were all just excuses being used to cover up the mental resistance in disguise.

Our mind seeks habits, routines, and rituals. It likes to be efficient and save energy. Moving from the independence of driving a car to depend on catching a bus is uncomfortable. The mind realizes it’s being asked to use more energy to do something new rather than react out of habit. It may begin to worry, panic or over-think the potential change.

But looking at this situation objectively, how much energy could this client save by taking the bus if it meant getting rid of the second vehicle, extra insurance, and plate fees, saying nothing of shortened commute time? When looking at the real ramifications, overcoming a small amount of mental resistance could create a significant shift in the quality of life.

When something is different from our usual experience, our minds, sensing a threat to change, often jump to a defensive position. When this occurs, we trigger an area of the brain – the amygdala – to signal the hypothalamus to initiate a cascade of events that form part of the body’s response to stressful events (1).  We go into a “fight, flight or freeze” mode.

Strategy For Getting Change To Stick

Historically, this was a mechanism to perceive and survive dangerous situations. But, while still an important part of our brain as a survival mechanism, i.e. jumping back when I see a car coming, intuiting danger in a dark parking lot, etc., our current culture is more safe and secure than hundreds of years ago.

To break through barriers to change, we need to implement strategies that re-wire our habitual patterns.

When helping clients to overcome and master their internal mental friction, an analogy I often use building a tunnel through a mountain. Upon initial observation, it seems like an impossible task to re-route traffic, dig a hole through the middle of a mountain and create a new road or path. However, with time and effort, we see cars going through rather than over or around this mountain. We see increased efficiency in the flow of traffic, savings in fuel, time and a safer driving experience. Within a few months, we automatically drive through the area without thinking we used to drive around it.

Our brain works in the same way, the more we work on something, the easier it becomes. Initially, there is a struggle. Over time, the change becomes easier to navigate. And by having techniques to spot resistance coming into play, you can keep seeing the big picture when your mind is getting in the way of executing the necessary changes needed for growth and advancement in life.

So, where do we start? What processes can we put in place to trigger change?

Part of my mission at Del Fiugo Consulting is to initiate positive and lasting change in organizations. And what is an organization if not a group of individuals? So creating lasting change for the team starts with each player in the group mastering resistance!

I do this by utilizing a holistic approach to accelerating change to improve individual and team performance; in other words, to develop greater happiness, fulfillment, and success in our work and personal lives. I’m passionate and regularly refining my mastery over mental resistance, and one of the best ways I have found is to regularly work with others and help them spot and overcome their mental blocks to change.

Do have any examples of when you have discovered yourself resisting? What did you do to overcome the behavior and master your mental resistance? Let me know in the comments below.

If you would like to be considered for a promotion or to change your career trajectory, you need to understand how you perform relative to others.

In just 45 minutes through an online neuroscience assessment, you’ll understand your innate strengths and weaknesses as quantified along 17 proven leadership dimensions.

Then to help hone your skills, we’ll recommend and provide access to online exercises that you conduct for 10 minutes, three times weekly — either from the home, office or road.

In just a few months, your manager and your colleagues will notice a significant increase in your ability to:

We can definitely help prepare you to reach your career objectives. We’ll:

With seasoned coaches, we provide personal guidance to accelerate careers. Contact or call us at 408.219.5377 take your career to the next level.

It’s the best investment in yourself, your family and your career you will ever make. 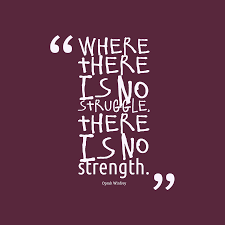 One of my favorite podcasts is John Lee Dumas’ Entrepreneur on Fire
I woke up this morning to a primary question John Lee Dumas’ poses to entrepreneurs and clients: What is your #1 Struggle?
So, what is your #1 struggle at work? As a leader? What do you struggle most with in your profession? What is your #1 struggle that keeps you from getting even better at what you do?
As we move into the new season, I’d like to hear from you. In the Fall, work pressure ramps up, holidays and family commitments become a reality.
I believe once we identify and become honest about a personal or professional struggle, we begin the process of addressing, learning and growing from this challenge.
What’s your #1 Struggle?